The family is a prime example of the inter relatedness of institutions, for changes in the family mirror changes in the other institutions with which it dovetails. For example, in most hunting societies men are clearly dominant over women, who make inferior hunters because of their limited strength and frequent childbearing. But as the economic base shifts from the hunt to the garden, women’s role in the family grows somewhat more influential, for women can and do perform most .. of the hoe agriculture. As the plow replaces the hoe, male dominance again tends to grow for plowing generally calls for the greater strength of the male. Thus there is some relation between one’s power within the family and the nature of one’s economic contribution. · Other examples of inter relatedness will follow. 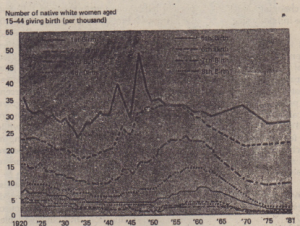