Every modern society includes some group of people who share some complexes which are not shared by the rest of that society Immigrant groups, for example, develop blend of the culture of their host nation an of the mother country, The rich.have a lifestyle very different from that of the poor Then "dole sculpture has special styles of behavior, thought, and dress, and a vocabulary which adults can scarcely translate. Each subculture has its private vocabulary which serves to preserve a private world against outsiders. Institutions tend to produce behavior patterns not found outside of the institutional setting, and the expressions "culture of the school" or "culture of the factory" suggest special sets of behavior patterns. Such terms as "army life "preacher's kid," and "ivory tower" evoke pictures of special cultural settings.

Clusters of patterns such as these, which are both related to the general culture of the society and yet distinguishable from it, are called subcultures. The subcultures in our society include occupational, religious, national, regional, social-class, age, sex, and many others. Literature abounds in descriptions of subcultures, ranging from serious studies such as Howell's study of lower-class family life, Hard Living on Clay Street [1973], or Lie bow's study of black men in Talley's Corner [1967], to Clause's lighthearted description of carnival life in 1 Love You Honey, but the Season's Over [1961], or Bach's collection of middle- and upper-class American youth norms in The Official Preppies Handbook [1980]. Subcultures are important because each complex society does not have a single, uniform culture; instead it has a common core of traits and complexes plus an assortment of subcultures. Persons live and function mainly within certain of these subcultures. The immigrant may live within the immigrant subculture, and the army wife on a military post may have very little contact with civilians or civilian values. The child passes through several age subcultures and behaves 'according to their values, often distressing its parents, who apply the values of a different age subculture. Class and ethnic subcultures are discussed in Chapters 14 and 16. Subcultures which are in active opposition to the dominant culture are called counter The individual  and operates mainly within certain subcultures inures The delinquent gang, for instance, is not a group with no standards or moral values: it has very definite standards and a very compelling set of moral values, but these .are quite different from those of conventional middle-class groups. Youths trained in  this culture are influenced against the dominant cultural norms; hence, they are "counterculture Similarly, American converts to Asian religious groups often adopt vegetarianism, prolonged meditation, celibacy, and a disdain of material success [Lock and Bella, 1976, p. 1]. All these practices are quite opposed to the norms of the dominant American culture.

It should be remembered that a counterculture rejects some, but not all, of the norms of the dominant culture. Followers of the youth counterculture of the 1960 s and 1970 s, while rejecting most of the gadgets of a "materialistic" society, generally sought the finest stereo sound systems they could afford. Leading rock musicians, while singing lyrics ' condemning materialistic society are highly materialistic in settling and collecting their fees. Street-level dealers in illegal drugs are reported to be torn between their desire to help impoverished followers of the drug subculture and their desire to make a healthy 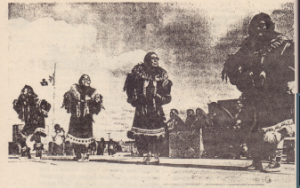 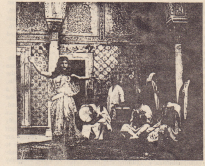 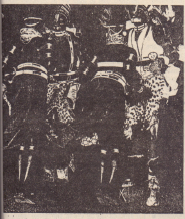 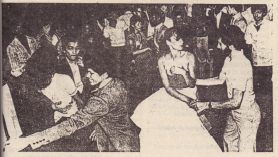 profit for themselves [Anger, 1977]. Such apparent inconsistencies do not denote insincerity or hypocrisy; they simply show that even the most extreme counterculture is a rejection of only part of the norms of the dominant culture. Countercultures introduce many social changes. Whether they cause the changes, or simply reflect and draw attention to changes already arriving, may be debated Singer 1978, 1982, chap. 14]. In any event, some of the "outrageous" behavior of countercultures today will be among the cultural norms of tomorrow Malevolent, 1981).