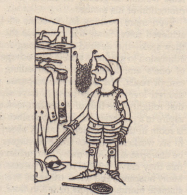 If one is successfully socialized, one develops a wardrobe of role personalities and slips into one or another as the situation demands. ' At the office, a woman may treat men with a brisk, formal efficiency; yet with husband or lover she may be tender, responsive and "feminine." This process of switching role personalities creates the possibility of emotional strain whenever it is not entirely clear which of several sets of attitudes and guidelines should apply to a particular behavior situation. Many an employer, faced with the necessity of laying off employees, finds it painful to ignore their human needs and treat them impersonally as"cost factors in production.

The dishonesty, deceptions, and exploitation that are a part of' many occupational roles are inconsistent with the usual moral and religious training. For persons who are not fully successful in fencing their behavior off into compartments, these cultural contradictions become mental conflicts within • the individual. Some psychiatrists hold that such culture conflicts, and the mental conflicts they produce, are major causes of personality disorder. Cultural conflicts and inconsistencies are probably found in every culture. In well integrated cultures, these inconsistencies are so well rationalized, compartmentalized, and fenced off from one another that the individual does not sense them at all. Thus, many primitives who treated one another with great tenderness were ruthlessly cruel to outsiders; their humanitarian mores applied only to tribal fellows, while outsiders were considered and treated like any other animals of the forest. By contrast, our belief in a universal God of all humanity makes it harder for us to bomb our enemies with a clear conscience (but we generally manage to, somehow).

Cultural contradictions and multiple roles are upsetting only men they subject the individual to conflicting pressures in a situation that demands a single action. For example, should a girl be a "good girl" according to her mother's or her boyfriend's definition? Should a mother encourage her daughter to remain chaste or encourage her to use the pill? Suppose an employee is ordered to do something dishonest or immoral. Should the employee do as told and protect the family meal ticket or risk dismissal by following his or her conscience? When tom between the irrational demands of an aging, senile parent and one's duty to spouse and children, what should one do? For many such role conflicts, there is no satisfactory compromise. When role strain becomes unendurable, neurotic or psychotic behavior may follow.

Adjudication differs from the protective devices just discussed in being conscious and intentional. It is a formal procedure for turning over to a third party a difficult decision on a possible role conflict, thereby relieving the individual of responsibility or guilt. Much of the work of professional associations and
the codes of ethics which they develop is devoted to the solution of role conflicts. Cynics may argue that such professional associations usually operate to defend the interests of the profession. In many codes of ethics, clauses protecting competing members from one another greatly outnumber the statements protecting the clients or customers. Yet members of professions have been .barred from the profession for violating the expected role behavior; and the need to justify action before one's peers does place some limitations upon behavior. In any event,.a decision on proper role behavior by the professional association or labor union means that the individual is relieved of the duty of making his or her own decision