Many nonhuman species have an. orderly system of social life. Many bird species mate for a lifetime and (in contrast to humans) are absolutely loyal to their mates'. Many species of insects, such as ants and bees, have an elaborate pattern of social life, complete with specialized occupations, lines of authority, arid detailed distribution of duties and privileges
The organization of social life in animals above the insect level also shows many similarities to human society. This non human social life may not be entirely determined by instinct. One of the best known instances is the pecking order in chickens Gull, 1953]. Establishment of dominance is as much a cornice among chickens as among humans. The chicken yard is a highly stratified area in which some hens peck other hens without 'being pecked in return. Dominance is not granted automatically but is won either by fighting or by a convincing show of force. Once dominance is established, it tends to last for some time, and a hen which been dominant in one group has an  when she moves into another poultry neighborhood. All this certainly sounds a bit similar  to the determination of leadership in boys gangs.

Dominance patterns and emotional defense patterns appear among many species Audrey 1966]. Nonhuman societies show many other .similarities to human societies, yet the differences a,:e far more impressive. Among each nonhuman species, social life tends to be uniform and unchanging. Each lion pride 'acts much like all other lion. prides and apparently, the same as lion pries  for ages. Among hum Social life nicely variable and continuously changing. The most important difference between other animals is the degree to which the life of other animals is based on instinct rather than learning. Human beings are notably lacking in those ,internals of behavior which we call instinct in nonhuman species. Instead, they inherit a. set of organic needs, urges, and hunters which we call dories, which must be satisfied in some way other In their trial-and-error efforts to satisfy their urges, humans create culture, .with its tremendous variations from society to society. Unable to rely upon instinct, human beings must build culture in order to survive. Culture is a type of substitute for instinct since it gives humans direction and from perpetual trial and error. 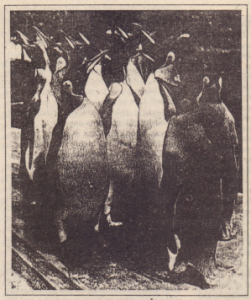