CULTURE AS A SYSTEM OF NORMS Sociology Help

CULTURE AS A SYSTEM OF NORMS

Since culture includes the ways in which things should be done, we say that culture is normative, which is an way of saying that it defines standards of conduct. For shaking hands, we extend the right hand this is proper in our culture. For scratching our heads we may use either hand our culture has no norm for head scratching. 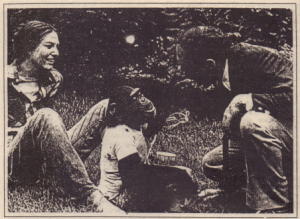 Animals both resemble and differ from humans in behavior.

The term "norm" has two possible meanings. A statistical norm is a measure of what actually exists; a cultural norm is a concept of
what is expected to exist. Sometimes the statistic norm is referred to as the "real" culture and the cultural norm as the  deal' culture. Often people do not distinguish between the two norms. The famous Kinsey studies sought to find some statistical norms of sexual behavior in the United States. The effort  infuriate.I many people who confused statistical with cultural norms. A statistical norm is a measure of actual conduct with no suggestion of approval or disapproval. A cultural norm is a set of behavior expectations, a cultural image of how people are supposed to act. A culture is an elaborate system of such norms-of standardized, expected ways of feeling and acting-which the members of a society generally acknowledge and generally follow. These norms are of several kinds and several degrees of compulsion, as seen in the following classification: Most of these concepts were developed by the early sociologist William Graham Sumner in his Folkways, published in 1906 should  actually be injurious. If people beiieve
that the cot is injurious, it is condemned by the more.

Mores are beliefs in the rightness or wrongness of acts. The irrationality of mores should not be exaggerated. Some mores are based upon a very genuine cause-and-effect relationship. For example, random killings would threaten group survival and individual peace of mind therefore, every known society has condemned the killing of a fellow member of that society (except under certain specified circumstances). All known societies have developed an incest taboo, disapproving of sexual intercourse between close blood relatives, presumably because they found that sexual competition within the family was too disruptive.  all mores are ideas which approve certain acts and forbid others in the belief that group welfare is being protected. Sometimes these beliefs are groundless, but sometimes they are fully justified.

Mores are not deliberately invented or thought up or worked out because someone decides they would be a good idea. They emerge gradually out of the customary practices of people, largely without conscious choice or intention. Mores arise from a group belief that a particular act seems to be harmful and must be forbidden (or, conversely, that a particular act is so necessary that it must be required). Originally, then, mores were)a practical group belief about group welfare. For example, suppose that, through some coincidence, several members of a tribe have nasty accidents after swimming in a certain pool. The tribe comes to believe that there is something dangerous about the pool. When all members of the tribe believe that people should stay away from the pool, the mores have defined this act as wrong. Persons who swim in the pool thereafter are likely to expect misfortune, and others who know of their act will wait to see how they are punished. Thus, any misfortune will be interpreted as a punishment
and will reinforce these mores.

Before long, their origin is forgotten and people think of a dip in this pool as being wrong in and of itself not just because it seems to have been followed by misfortune. In this way, mores, which originate as practical group beliefs about the effects of actions, become transformed into absolutes-into things which are right because they are right and wrong because they are wrong. In other words, mores become self-validating and self-perpetuating. They become sacred. To.question them is indecent, and to violate them is intolerable. Every society punishes those who, violate its more Mores  are taught to the young not 'as a set of practical expedients but as a set: of sacred absolutes. They must be internalized. To internalize
means to learn or accept some tight so completely that it becomes all automatic, unthinking part of our responses. When fully internalized, mores control behavior by making it psychologically very difficult to commit the forbidden act. For example, we do not refrain from eating our children or our, enemies because of an intellectual decision that cannibalism is impractical ~r wasteful but because the idea of cannibalism' is so repellent to us that the thought of eating human flesh is sickening. Most of us would be unable to eat human flesh even if we tried to do so. Mores function by making their violation emotionally impossible. In a society with a clearly defined, firmly implanted set of mores, there is very little personal misconduct. Some people claim that mores are just group opinions and are not the same as "real" right and wrong. They argue for absolute standards of morality, claiming that the nature of the universe makes certain actions definitely wrong and others definitely right, regardless of lime, place, or circumstances.

This is an important ethical issue but nu which usually has meaning only for philosophers and theologians, As far as the behavior of most people is concerned. "mores" is simply another word for "real" right and wrong. For, as Sumner 11906)has observed, mores can make anything right and prevent condemnation of anything. Examples of contrasting definitions of wrong and right by mores are numerous. Some of these moral views seem bizarre indeed to a Western observer: the Hitachi defecate in public and eat in private; the Balinese expose the breasts, and hide the legs; Ugandan men must be fully clothed. the women must go naked [Stephens, 1970 J. Some Western mores appear equally odd to members of non-Western societies.

Medieval mores made it right for the Church to tolerate prostitution and even share in its income.Most of the Reformation churchmen catholic and Protestant, who order  the torture and burning of heretics were not cruel or evil but were decent and  often kindly men who did what the mores of the time and place required them to do. Mores of our recent past have approved child labor, slavery, and persecution of and have condemned pacifism, woman suffrage, and sex education. At ali times and places good people feel pure and righteous when following their mores, whatever they may be.

Posted on September 1, 2014 in FIELD AND METHODS OF SOCIOLOGY