Women’s roles have shown great change throughout history. If we define women’s status as “high” when women have considerable
Independence, power, and choice, then’ women’s status has varied greatly in time fairly high in ancient Egypt, low in  early Greece and in the early Roman republic, higher in the later Roman empire, and low again in the Christian era after the fall of How many of the above itema are proper1y descriptive of males and Rome (Leslie, 1982, chap,6). What causes the status of women to change? . 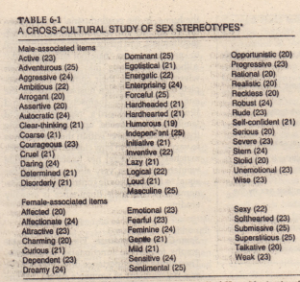